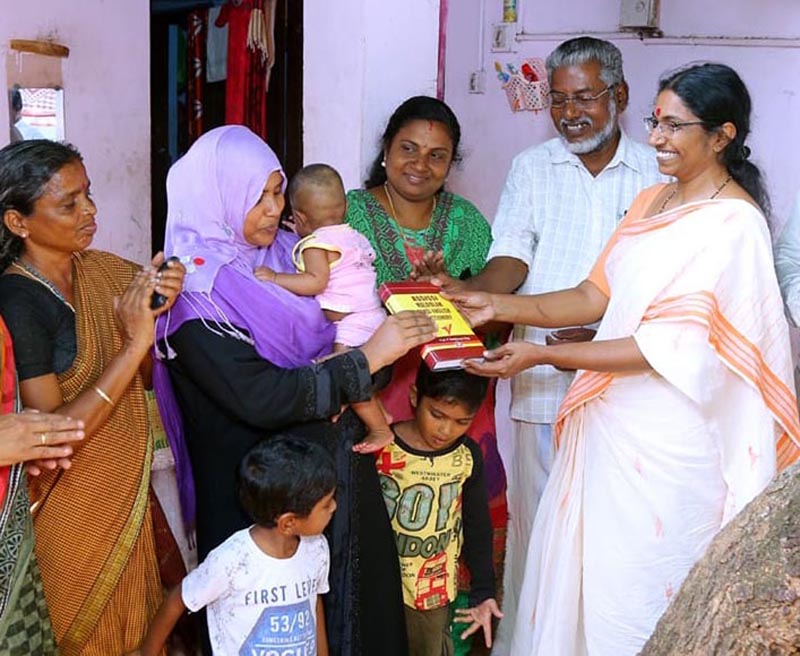 Romiya Kathur, hailing from a nondescript village in Bihar, scored the first rank with full 100 marks in the examination held by the Kerala State Literacy Mission Authority recently.
A 26-year-old Bihari woman has proved language is no barrier as she emerged the topper in a literacy examination conducted in Kerala for migrant labourers.

Romiya Kathur, hailing from a nondescript village in Bihar, scored the first rank with full 100 marks in the examination held by the Kerala State Literacy Mission Authority recently.

She had reached Kerala in search of a job along with her husband Saifullah and settled down in Umayanalloor in southern Kollam district in 2014.

The mother of three, who runs a juice parlour here, had written the exam at a local higher secondary school carrying her four-month-old baby daughter, Thamanna last month.

A total of 1,998 migrant labourers had appeared for the literacy exam in the second phase of the scheme ‘Changathi’ across the state on January 19.

It had begun in Perumbavoor in Ernakulam district, the hub of migrant labourers in the state on August 15, 2017, Literacy Mission officials said.

Over 3,700 migrants, who flocked to the southern state in search of better wages and living conditions, had cleared the exam under the initiative so far in two phases, they said.

Mission director P S Sreekala visited Kathur at her home here recently and congratulated her for the rare achievement. Appreciating her performance, the KSLMA director said the literacy programme achieves its real goal when people like Romiya learn the Malayalam language. Romia also informed the director about her wish to study further and complete higher secondary equivalency through the literacy mission’s programme, for which the directed extended complete support.

She also said ‘Hamari Malayalam’, the textbook prepared for students of the Changathi scheme, was very helpful in the daily life.

‘It has helped me a lot in communicating in Malayalam, life especially in railway station and market,’ she said, adding she also wanted to teach her children Malayalam.