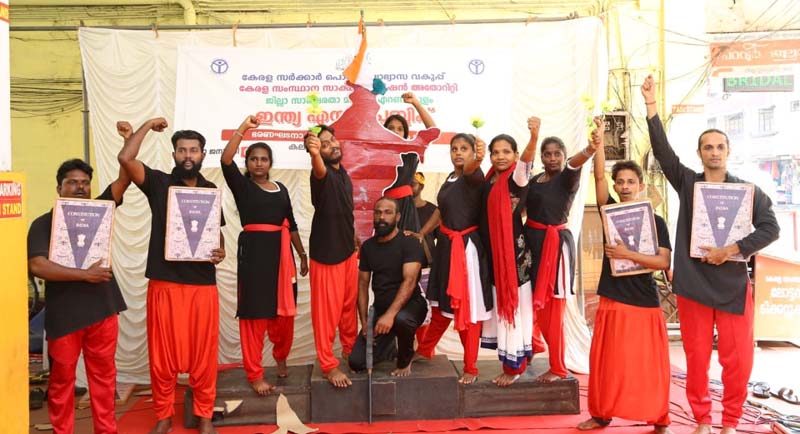 Thiruvananthapuram: Curtain came down on the second phase of the Kerala State Literacy Mission Authority’s ‘India enna republic’ constitutional literacy programme here on Thursday. The programme, which got under way on January 1, was aimed at making the people aware of the principles of the Constitution and how it came to be framed.

Minister for Culture A.K. Balan inaugurated the function. When religion became yardstick for citizenship, the idea of the Indian republic got thrown into a disarray. Social justice was the foundation of democracy. Only by protecting the Constitution could democracy be protected, he said.

Cultural procession
A cultural procession that began from Malappuram on January 3 concluded at Gandhi Park on the occasion. A number of programmes were held during the month, such as reading of the Preamble, exhibition, and lectures.