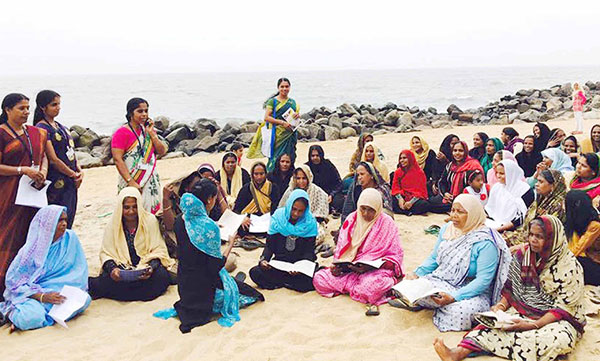 KSLMA embarks on a literacy programme in the coastal areas of the state. Named Aksharasagaram, the project is being funded by the fisheries department to improve the literacy rate in coastal areas where education generally takes a back seat. The first phase of the project been completed in Thiruvananthapuram, Malappuram and Kasargod districts where the literacy rates are the lowest.

A total of 1,605 candidates wrote the fourth standard equivalency examination as part of the Aksharasagaram first phase. Out of this, 59 belonged to scheduled caste communities and one was from Sheduled tribe. The first phase was implemented in 13 coastal panchayats in Thiruvananthapuram, Malappuram and Kasaragod.

The Second phase of Aksharasagaram literacy campaign focussing on coastal areas has been lanunched in Kollam, Ernakulam and kozhicode districts. The campaign in its second phase would cover 234 grama panchayat wards in 36 local bodies spread across the three districts.