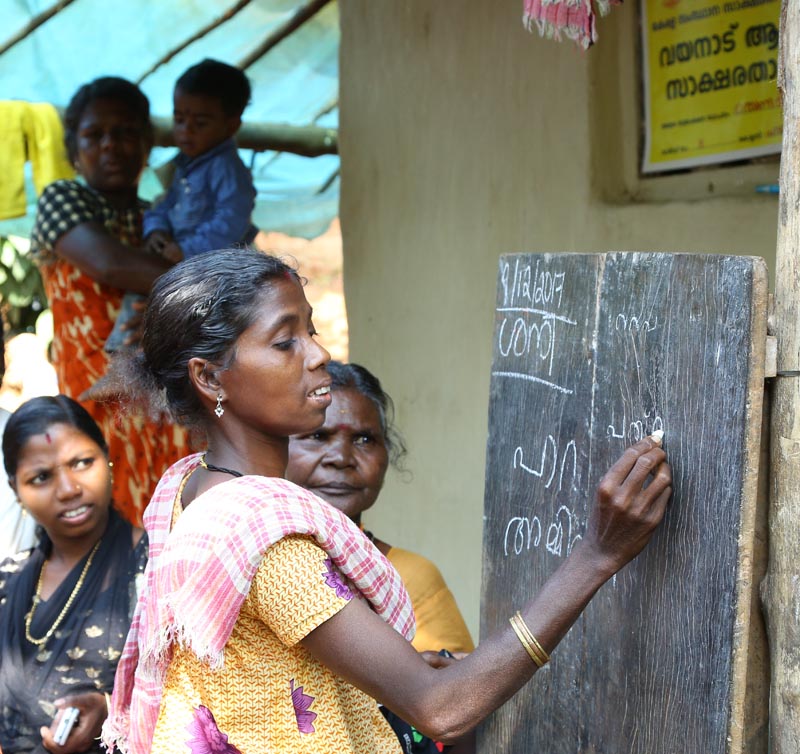 After making two successful forays into the tribal hamlets of Wayanad, Kerala’s State Literacy Mission Authority (KSLMA) is all set to earn the ‘100% literate’ badge for the outlier region, which has the highest tribal population among all districts. Tribal pockets are among a handful of areas where full literacy remains elusive in the State.

As part of its efforts, the KSLMA drew up the Wayanad Literacy Equivalency and Attappadi Literacy Equivalency programmes, besides Samagra, a framework to develop effective schooling strategies. They addressed gaps in literacy programmes for marginalised people.The initiatives were a huge success and inspired to pursue 100% literacy among tribal people in Wayanad by end-2020.
So far, the literacy campaign has touched the lives of people in 483 remote tribal hamlets among 2,000 such habitations in the district. In 2017, when the first phase began, there were 4,309 learners from 283 hamlets.

Ahead of the second phase, the SLM surveyed 4,371 houses in 200 tribal hamlets and found that 5,342 individuals, including 3,133 women, were illiterate. With help from educators, 3,179 residents, including 2,590 women, made progress and took the literacy test recently.

The project is now focussed on the remaining 1,517 hamlets in the third phase, and it has attracted wide public participation. Classes will begin soon here. Instructors play a key role in spreading literacy, and they are to be recruited from among the residents themselves.

The quest is to identify those who speak various indigenous languages as they get a good response from the learners.